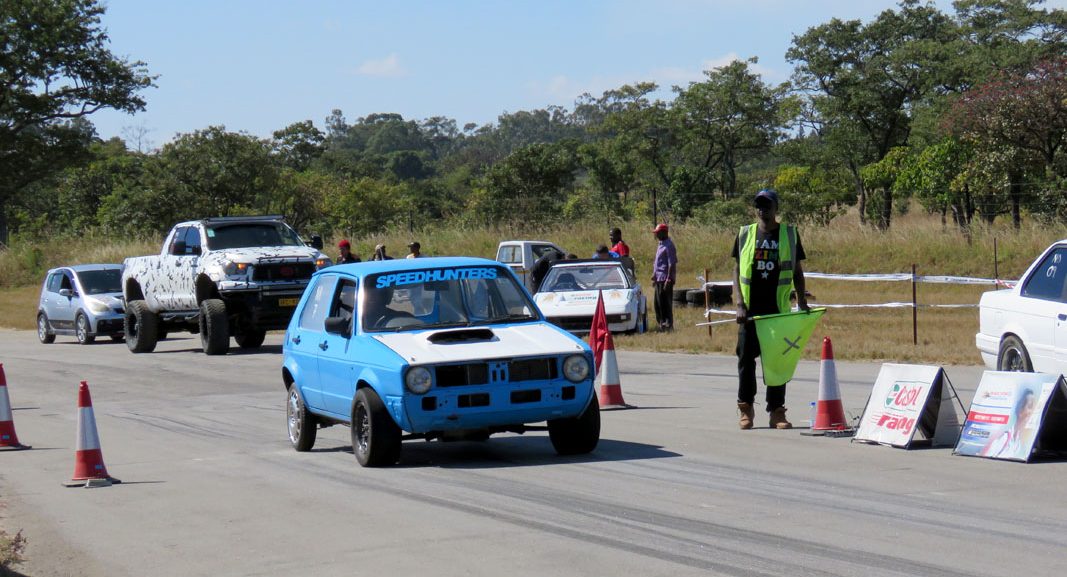 When you think of champions; you’d normally think of the biggest, fastest or most dominating athletes. The championship golf is unassuming at first glance. Driving this blue VW Golf affectionately known in racing circles as the Blue Jerry Can; Onysmo Mhute became 2019 Drag Racing Champion.

The previous champion’s recipe was little car and big horsepower, however the BJC’s success is the product of light weight and consistency. The combination of which, allowed him to knock out competitors regularly in the bracket racing format of the National Championship.

The golf started out life as a neat daily driver. Typical of style as seen south of the border with VW’s Citi golfs. The BJC has been modified to be competitive. Built specifically to compete in the NA 1600cc class.

The engine may be small but it’s a far cry from the uninteresting engine that left the factory. Mano from Turbo Solutions Africa tore the engine down and built a high compression (ironically) naturally aspirated monster of an engine.

Torn down and rebuilt back up to withstand the rigours of racing; the bottom end was fully balanced. Wossner custom pistons sit on the conrods held together by ARP connecting rod bolts. A high volume oil pump keeps everything well lubricated whilst a baffled Schrick sump manages G forces.

Every bit of weight that wasn’t needed to race has been removed. That means no passenger seats, carpeting or sound deadening. A strange side effect/benefit of this is that the BJC can double as a mobile gym if the need arises.

Lightweight chassis and a boost in horsepower means a potent power to weight ratio. To make sure this combination works at it’s best; the BJC runs a reverse staggered wheel setup. Skinny biscuits on the rear and slicks for the front to give the best grip. With a best time of 15.2 seconds down the quarter mile; it would embarrass many cars.

It just goes to show that doing well and having fun on the racetrack isn’t always about the most horsepower. Having conquered the drag strip, Onysmo is now looking to tackle the rest of the circuit. I am quite certain this little golf, will do quite well in the twisties and have fun doing it.