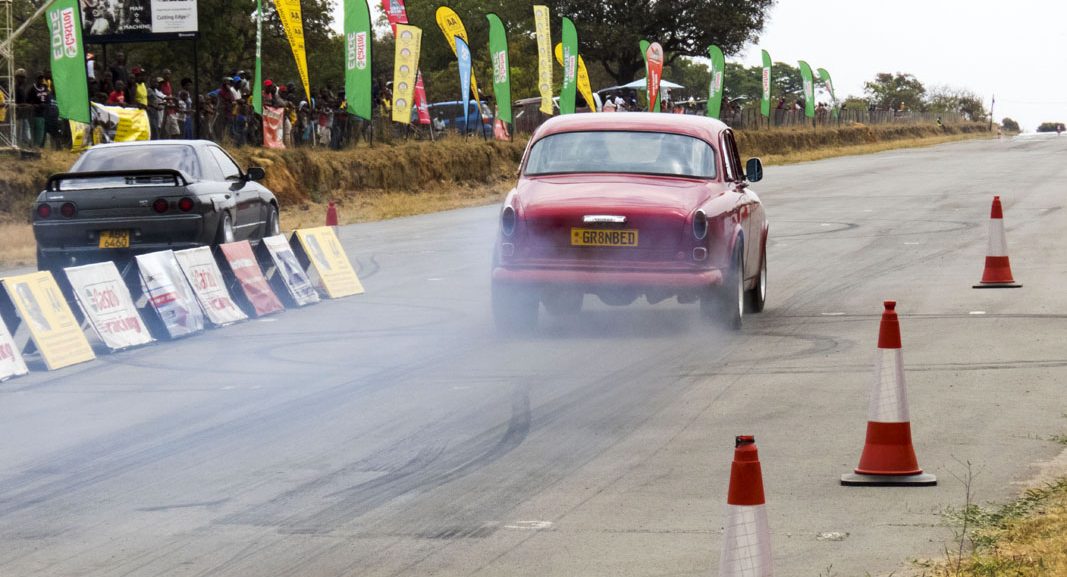 The last drag event of the year for Harare was held last weekend and with the results posted we at Zimtorque thought it’d be a good time to cover some of the basics for those who attended the drags for the first time as a spectator or as a competitor looking to make improvements for next year . As i mentioned in my last article, drag racing may get brushed aside as the least skillful of motorsports but even its simplicity there is a lot to master. So without further ado, here’s our break down of the basics of drag racing.

First we’ll cover some of the basic terms and what information you can learn from your timeslips to help you go faster.

The Drag Strip:
The straight where all the action happens. It’s 402 metres or 1320 feet. Donnybrook has a slight uphill gradient, and when compared to most tracks you may see on youtube, a more slippery surface than dedicated drag strips as it doubles as the main straight for circuit racing. This means our more powerful racers typically suffer from traction issues as the track isn’t as sticky.

The Christmas Tree:
The lights that start all the races. The top two white lights are the staging lights, followed by three amber lights and finally the green light (and a red for default below that). For qualification & grudge matches, the tree runs in Sportsman mode, where the amber lights glow in sequence to the green every 0.5 seconds. During nationals, all the ambers glow at once and then the green, so it requires a lot more concentration to get that perfect start.

The Timeslips
The timeslip is the little slip of paper that you get after each run. This slip breaks down each of the races and can be a treasure trove of information to help improve your racing.

So what can we tell with this knowledge?
We can definitely see some trends happening by looking at each of the numbers on the timeslips or the results. By comparing your own or two cars timing slips or results you can learn where you need to improve to catch up or beat a rival.

This is all great theory but what happens when we compare some results of some different cars? I’ve picked three cars from the most recent event with some similarities and differences that can be compared with the information above. I’ve included an extra column which is the ET minus 60′ which i’ll discuss below.

Here we have 3 quite different cars, but with ET’s within 1 second of each other and similar trap speeds. Karl’s Skyline wins the reaction time but being RWD loses out to the WRX’s AWD traction. The difference of their 60′ times is 0.4923 seconds, which when doubled is almost the difference of their  ET’s (off by 0.116). Which theoretically means if the skyline can increase its grip and/or remove weight to get a better launch a twelve second pass is possible without adding more power. So what about Calstain’s CLK55? Well it’s no longer the luxury GT it left the factory and now running drag radials to overcome it’s RWD handicap. Even so it still doesn’t match the Subaru’s traction at launch (having a 60′ 0.2993 slower than the subaru), but the 179.4kph hints at its secret weapon…it’s power. Once it does get moving and the tires really bite in, the power lets the CLK gobble up the remaining 383 metres 0.2 faster than the Subaru. Which shows how it makes up for it’s traction deficit with raw power. A little better 60′ launch of 2.1 would see the CLK into the 12’s ahead of the Subaru.

Hopefully this quick introduction to reading a timeslip and drag results helps you appreciate another dimension to drag racing and the different things one can do to improve themselves and their vehicles. Remember race the track, not the streets!