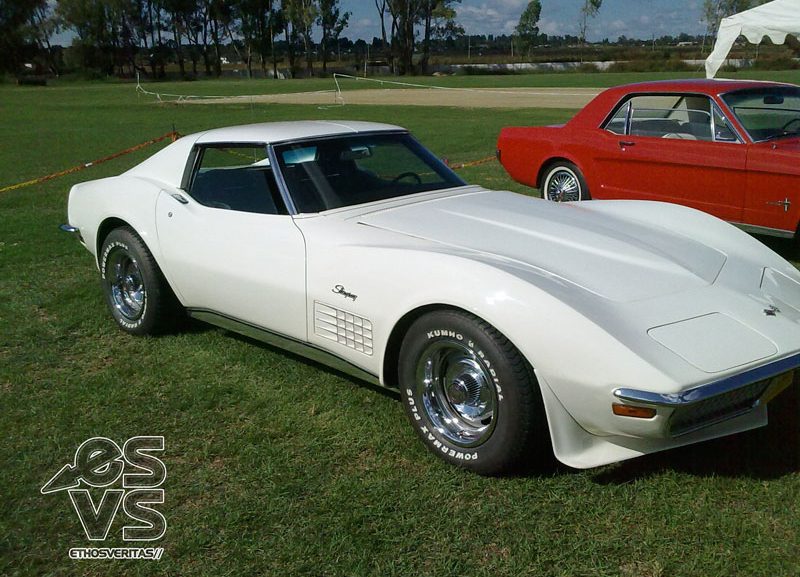 It’s often said that you shouldn’t meet your heroes for fear of disappointment. Nothing worse than finding that the person or in this case the car of your dreams is a mere shadow of it’s reputation. “Luckily” for me, i’ve never had the (dis)pleasure of driving the American Muscle car’s i have such a respect for.

I can’t remember when exactly started appreciating American muscle, although watching Knight Rider’s K.I.T.T as a child certainly comes to mind. The remake of Gone in 60 Seconds was huge influence of my love of the Mustang. Other than that, just seeing these classic cars gave me a sense of inner joy and even know as an adult the sight and sound of a burbling V8, gets me giddy and giggly like a school girl inside.

The picture above was taken about two years ago, at a custom car show. My first ever run in however with the corvette was in 2003, halfway across the world in Australia. What an experience that was! For those in the know 2003 was the 50th Anniversary of the Corvette. At the time i had no idea, and as i was walking through a park into the Brisbane CBD i was greeted by rows of gleaming American history. Back then all i had with me was a little VGA camera phone so maybe it is better for all involved that those photos have gone missing over the years. The one’s that follow were taken just last weekend and it was great to see nothing had changed.

It was an awesome experience to see all the ‘Vettes from the first C1 in red & white to the (then) latest C5. The car’s were and still are beautiful to see and sounded even better with some as stock as the day they rolled off the production line; to others that had been modified to reflect the owners tastes. Finding a C3 here in Zimbabwe was a refreshing experience that took me right back to 2003.

Interior and Exterior were immaculate. Fresh as they were 4 decades ago, and an engine bay that makes mine look like a hot mess after a night of binge drinking. A part of me yearned to get behind the wheel of this classic and burn rubber but from all we’ve read about American cars and their difficulty with corners, let alone our less than spectacular surfaces; i thought it better to admire from a distance.