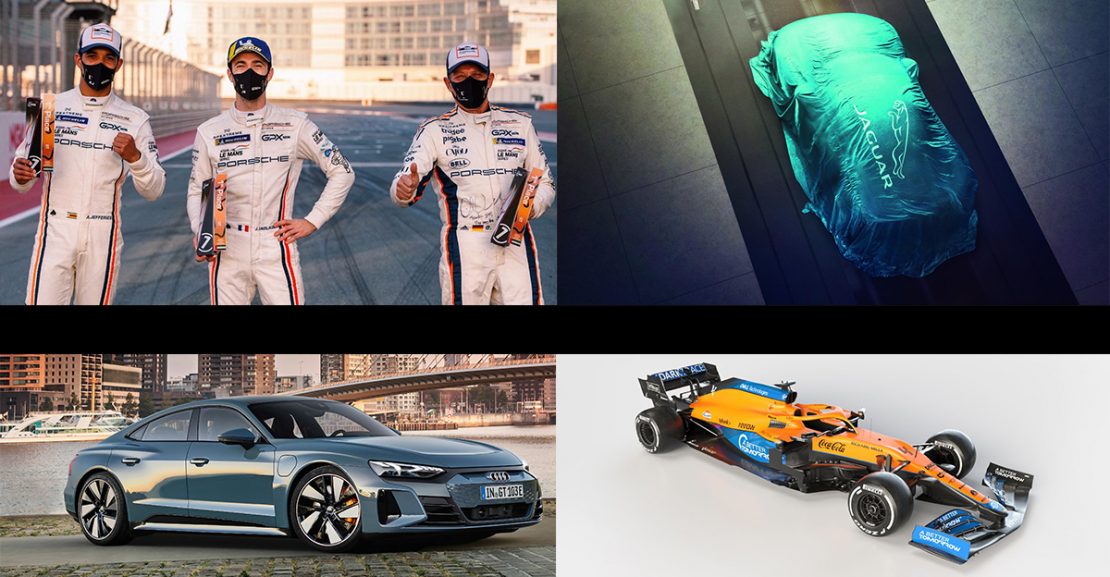 Axcil and his GPX Racing team returned to winning way this weekend in Race 2 of the Asian Le Mans series. The team had tasted victory earlier at the 24 Hours of Dubai claiming Porsche’s 6th overall victory at the event. The GPX Racing team suffered a setback in the first 4 Hour race finishing fourth in class. However Valentiens day was a much sweeter race day for Axcil and his teammates Julian Andlauer and Alain Ferté. The GPX Racing Porsche GT3R took victory over the Rinaldi Racing Ferrari 488 GT3 by 30 seconds.

Axcil and the GPX Racing team will be looking to continue the strong showing at the third and fourth 4Hour race of Dubai taking place on the 19th and 20th of February.

Audi has unveiled an all new electric GT car based on the Porsche Taycan platform. The Porsche however remains the sportier stablemate with the e-tron GT being a little longer, narrower and taller. Launch e-tron GTs will be available in two flavours: a 496bhp quattro version and a 590bhp RS with topspeeds of 152 and 155mph respectively. Range for the quattro is a claimed 303miles with the RS model seeing a lower 293miles.

The e-tron won’t be built alongside the Taycan however, instead being built at Audi’s Factory alongside the R8. To start off with Audi expects to produce up to 10 000 units with production likely to increase. Prices are expected to start at £80 000 for the quattro and £111 000 for the RS version.

Jaguar has announced a move to an all electric line up by 2025 under it’s new Reimagine Strategy. The move will see an all new platfom underpinning Jaguar’s new line up. With the focus shifiting to a pure electric Luxury brand, the anticipated XJ is effectively cancelled. At least in it’s current form. The XJ nameplate will reportedly live on in an all electric guise.

McLaren unveiled it 2021 Formula 1 car during an online event with Daniel Ricciardo & Lando Norris. Dubbed the MCL35M, the AMG powered McLaren is the only F1 car to enter the 2021 season with a new powertrain supplier. However the new cost cutting measures for this season mean McLaren had to use it’s tokens to accommodate the switch in powertrain. McLaren F1 technical director James key seemed confident however stating “Despite our limited scope for installation in a homologated car; the team has done a fantastic job of optimising our design work.”

Only time will tell how well the Papaya and Blue liveried car performs and what gains can be made with the relaxed aerodynamic upgrades.