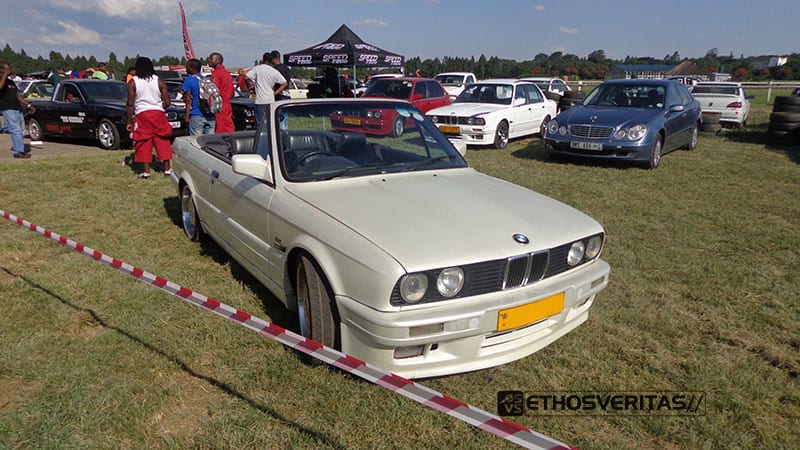 The new year came and went, and that meant car shows were back in session. The first of which was a month ago; so this is lateness on my part. But moving on swiftly, this post isn’t about the main attraction of the show but rather a look at how the automotive landscape of Harare is changing so without further a do, let’s get into it.

I really like the look of this BMW E30, not too bling very neat body bringing out the best of the classic lines. Perfect Cabrio for just cruising

Next up the Audi S5, this is German brand finding more traction in the country especially A/S5’s it seems.

BMW’s on the other hand have always been a favourite right up there with Mercedes.

The 6 Series becoming very popular, and the state of hyper inflation and practicality in car choice seems to be a distant memory

And a day at a Zimbabwean automotive event wouldn’t be complete without seeing something noteworthy from Mercedes, specifically this pair of AMG top models.I really dig the styling direction that Mercedes has taken with their cars, the more angular lines, definitely match the brutish V8’s under the hood

No matter which angle you see this C63 from, it’s all business.

Thats said, no one will ever accuse this little roadster of being boring.

And continuing the trend of not a shrinking violet, from the land of stars & stripes comes the 300C in menacing black, chrome accents and bling’d out rims.

Another staple of the Zimbabwean roads is the Range Rover, this example far from standard but still pulling off the luxury SUV lookStorm trooper theme carrying out to the grille and tinted windows.

The Porsche Cayenne ( and Porsches in general) has grown on me over the last few years. It certainly doesn’t lack in road presence….

That said the Cayenne isn’t going to win any beauty contests and may be vying for last place with the Panamera but i can see the family DNA….that DNA jus happens to come together better on the 911, Caymen & Boxster

And that rounds out the view from my vantage point at the Spinfest. Next post will have two other classic cars i took a closer look at while wandering the VIP parking.