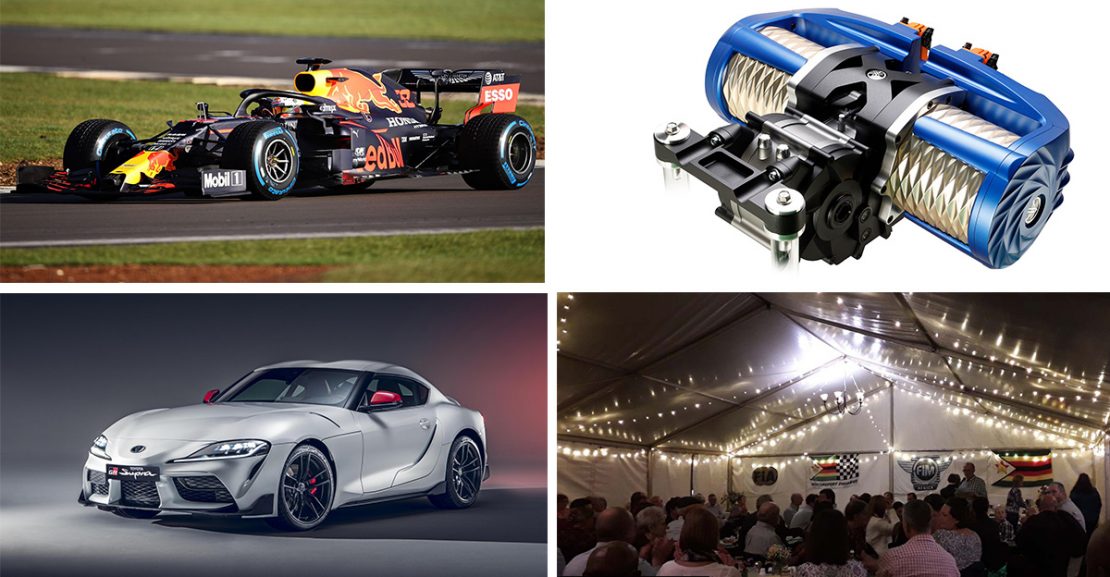 This week we take a look at Yamaha joining the EV bandwagon and what that could mean for the aftermarket. The 2020 Formula 1 car launches so far which include Mercedes, HAAS, Ferrari and Redbull. Toyota’s latest GR Supra variant and the Zimbabwe Motorsport Federation’s Prize giving for the 2019 season.

Locally Yamaha is best known for their motorcycles and the BEAMS Altezza Engine. Other legendary engines to come out of this partnership with Toyota include the 1JZ, 2JZ & 4AGE. Now Yamaha is looking into the future, which is undeniably going electric.

Yamaha has developed a customisable electric motor system that will range anywhere from 35KW to 200KW per motor. This opens up all sorts of possibilities when it comes to applications; from small city run-abouts to larger 400KW capable AWD SUVs or sports cars. As with Tesla swaps, older fossil fueled cars could be given new life (or just a power boost) with the addition of an electric motor.

This week has seen the launch of four Formula 1 teams 2020 contenders. These have ranged from livery “updates” from Mercedes with new sponsor INEOS, to car reveals from Haas, Ferrari & Redbull. Haas will be hoping to have a much better season this after a dismal performance last year. The will be once again using the latest spec Ferrari drivetrain with some revised aero to hopefully fix the challenges they had in 2019. Largely however the 2020 cars will just have slight updates before the big rule change of 2021. Have a look below at a video by The Race’s youtube channel on the changes Haas have made.

The 4 cylinder GR Supra isn’t technically a new model having been on sale for a while in Japan. It is however the first time that the 4 pot will be on sale outside of Japan. Toyota have been teasing that “something exciting” will be revealed before the Daytona 500 on the 16th of Feb. Motor Trend first got wind of the story when talking to Ed Laukes, Toyota group VP of Marketing. A filing at the California Air Resources Board certifying the 4 cylinder engine (which is shared with the BMW Z4 sDrive30i) means that the 4-pot Supra should be available all over the US.

The 4 cylinder is an interesting proposition in that it offers a better 50-50 weight distribution courtesy of a 100kg loss of weight up front. The single turbo engine offers 254hp of shove to the rear wheels through an 8 speed automatic gearbox. This gives the baby Supra a handling advantage over its more powerful sibling. The 4 cylinder Supra should also be lighter on the wallet and should help increase sales. What this means for the 86 & BRZ is yet to be seen.

The Bogwheelers Clubhouse played host to the ZMSF Prize Giving ceremony last weekend. It was a glittering affair attended by representatives from the Ministry of Sport, sponsors and competitors from various disciplines of motorsport. Graeme Sharpe, who became the first Zimbabwean to complete the Dakar Rally on a motorcycle was a special guest. Despite the harsh economy, motorsport has found a way to survive and somewhat thrive. The theme of family and friends supporting each other and the sport ran strongly throughout the evening. Hopefully it will continue to grow from strength to strength.

The winners for the 2019 season were as follows:

This article originally appeared on Zimtorque.net