Jezza & I Part 2: After the Honeymoon

Car Crazy Africa > Articles > Our Cars > Jezza & I Part 2: After the Honeymoon

Jezza & I Part 2: After the Honeymoon 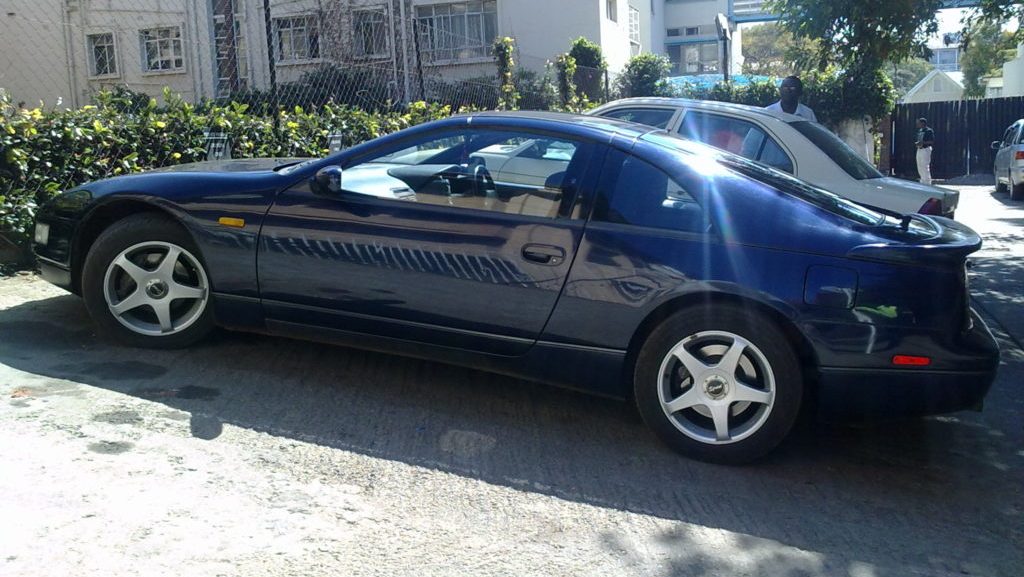 As with any new relationship the honeymoon period ends and true characters and quirks come out. You have disagreements and notice annoying traits. The first was probably the easiest fix i’ve had to deal with in all these years but it gave me a glimpse into the dark deep hole i was about to fall into.

The first issues were some very erratic idle and low speed cruising stumbles. After a bunch of googling and a visit to the mechanic, a faulty MAF was diagnosed. It was at this point i realised what it meant to have a rare car, and therefore rare parts. Luckily for me, my mechanic had another Z32, suffering from a much more terminal turbo problem.
The silver lining here is that i learned what car culture is all about. Quick call from my mechanic and i got borrow a MAF from the downed Z while i ordered another from South Africa. To this day i still havent met this good Samaritan, but his Z came into play a few years later.

So off i went on my merry way, enjoying what i hoped would be more trouble-free motoring. Little did i know that trouble was on the horizon, and this was a problem that was bound to happen, it was just a matter of time…literally.

On my way back to the office during lunch i noticed my temperature start to climb sharply. Once it had cooled down and i’d watched the coolant making a swift exit from a cracked hose near the rear of the engine bay, i realised that beside the last year or so of the car sitting at the car yard; the previous two decades had probably taken their toll on all the piping, but being somewhat light in the wallet and heavy on optimism it took one more cracked pipe before i bit the bullet. So off she went back to the mechanic’s to have all the piping replaced and a pressure test done to make sure the cooling system was up to scratch.

Next on the list of things to go wrong was the turbos. By this point my life was taking a different turn and i was in process of removing frivolous vices and so off the car went to a car sales while i attempted to find her a good home. However for whatever reason, turbo issue reached a catastrophic stage and i couldn’t sell her for anything decent and so i decided to give the relationship another go.

After some searching on the aus300zx.com forum i found a pair of cheap stock turbos in hopefully good…better condition than my current set. To be fair they weren’t awful but in hindsight, saving up and having my current pair rebuilt may have been a far quicker solution. The passenger side turbo was found to be at fault and (by fault i mean snapped shaft…nope i dont know how that happened either) and after a swap with the imported one i was on my merry way.

Not long after this meet and cruise though, the car began to smoke a lot and at first i suspected worn turbo seals. The power dropped and she began to get harder to start.

Plugs were changed and within a few minutes of idling plugs of cylinders 2& 4 were oil fouled. I didnt know too much about cars before i got my Z and the little i did know was all theory, i guess the Z decided i needed practical education. Off came the front end to check the intercoolers which were holding a considerable amount of oil.

From here the car was parked for a long time…something like a year while money was spent on more important things re: my new born son, waiting for the day the Z would see the light of day again. Id find myself giving it a wash and clean while in the garage just so it stayed nice and clean for the day it eventually came out again.
After what seemed an eternity i could put some focus back onto the Z and earlier this year the resuscitation began, and i’ll get into that in the third and final part of this story.